BOSTON–(BUSINESS WIRE)–Fidelity Investments® today announced its 21st annual Retiree Health Care Cost Estimate, revealing that a 65-year-old couple retiring this year can expect to spend an average of $315,000 in health care and medical expenses throughout retirement1. The 2022 estimate for single retirees is $150,000 for men and $165,000 for women. Fidelity’s estimate assumes both members of the couple are enrolled in traditional Medicare, which between Medicare Part A and Part B covers expenses such as hospital stays, doctor visits and services, physical therapy, lab tests and more, and in Medicare Part D, which covers prescription drugs.

“Even as many Americans look to turn the page on the events of the last two years, staying informed on potential future health care costs should remain a top factor when planning for retirement,” said Hope Manion, senior vice president, Fidelity Workplace Consulting. “At Fidelity, we understand the anxiety as health care issues can feel unpredictable. However, by planning early and saving consistently, people can put themselves in a much stronger position to retire how and when they want.”

Designed to inform Americans on the importance of planning and saving early, the Fidelity Retiree Health Care Cost Estimate was first calculated in 2002 to build greater awareness of the estimated health care costs as individuals approach retirement. This year’s estimate is up 5% from 2021 ($300,000) and has nearly doubled from its original $160,000 in 2002.

This year’s analysis generates both “good” and “bad” news. First, the bad: Americans are generally out of sync with the expected total cost of health care in retirement. In fact, according to Fidelity research, on average, Americans estimate a couple retiring this year will spend just $41,000 on health care expenses in retirement. This is $274,000 less than Fidelity’s analysis. Additionally, more than two-thirds (68%) are under the impression that associated costs will remain under $25,0002.

Once respondents of the research were informed of Fidelity’s estimate, a staggering 70% of respondents say they feel unprepared to cover health care expenses during retirement.3 However, there is still good news: the number of people who feel prepared increases when the person has an HSA. In fact, nearly half (47%) of HSA holders feel prepared for their health care retirement expenses, compared to just 27% of people who do not have an HSA.

An HSA can be a powerful way 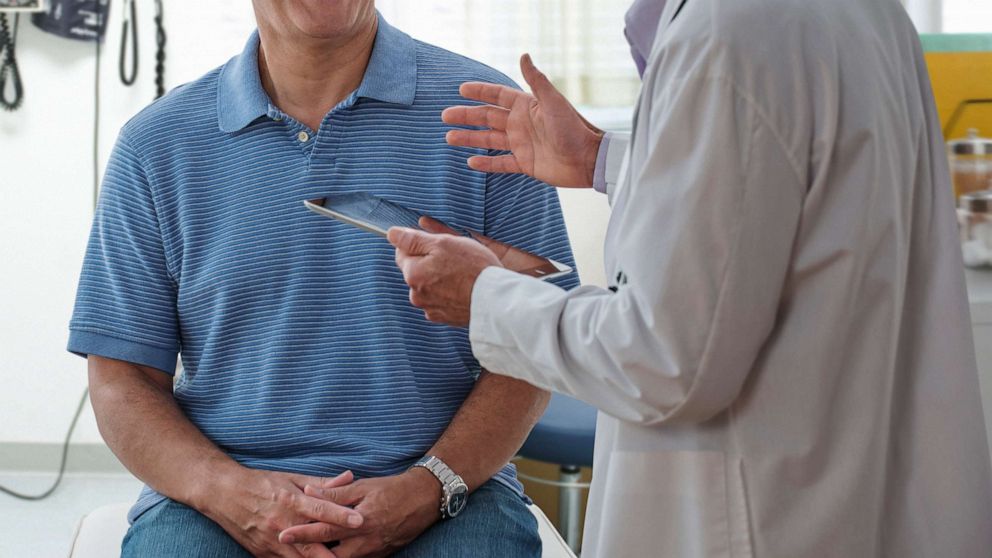 The COVID-19 pandemic has shifted Americans’ perceptions of overall health treatment, and not for the greater, in accordance to a new survey.

Nearly half of People in america say the pandemic has worsened their perceptions of the U.S. well being treatment method, with several describing it as “broken” or “high priced,” according to the West Health-Gallup study released this week, the largest survey conducted on U.S. wellness treatment because the get started of the COVID-19 pandemic.

The high selling price of wellbeing treatment was a major factor, with a staggering 1-third of Us residents deliberately delaying or declining healthcare care more than price tag worries.

In the midst of a pandemic, 14% of men and women with COVID-19 symptoms described that they didn’t request professional medical treatment for the reason that they worried they wouldn’t be equipped to afford it, a Gallup poll from April 2020 located.

In the new survey, practically all sectors of culture documented deep worries about the health and fitness treatment system, which include the insured and uninsured, wealthy and lousy. The pandemic has also raised recognition of the unequal influence on Black, Hispanic and other non-white teams.

The survey located almost a few out of four People in america believe that that their house pays far too much for the high-quality of health and fitness care they obtain, and an approximated 58 million U.S. older people find well being treatment expenditures to be a main monetary burden for their people.

1 survey respondent, a white, Republican girl in her 60s, explained to researchers, “It’s challenging when you have 3 or 4 little ones and you happen to be hoping to juggle the charge, and you might be selecting should really I go to the unexpected emergency clinic or can we wait yet another day.”

Keeping away from therapy due to rising charges is a difficulty experiencing equally poorer and richer Us residents. All around 34% of individuals with household incomes of less than $24,000 described not trying to get treatment in the prior a few months owing to expense. 20 per cent of people in large-earnings households (earning far more than $120,000 annually) reported the identical. 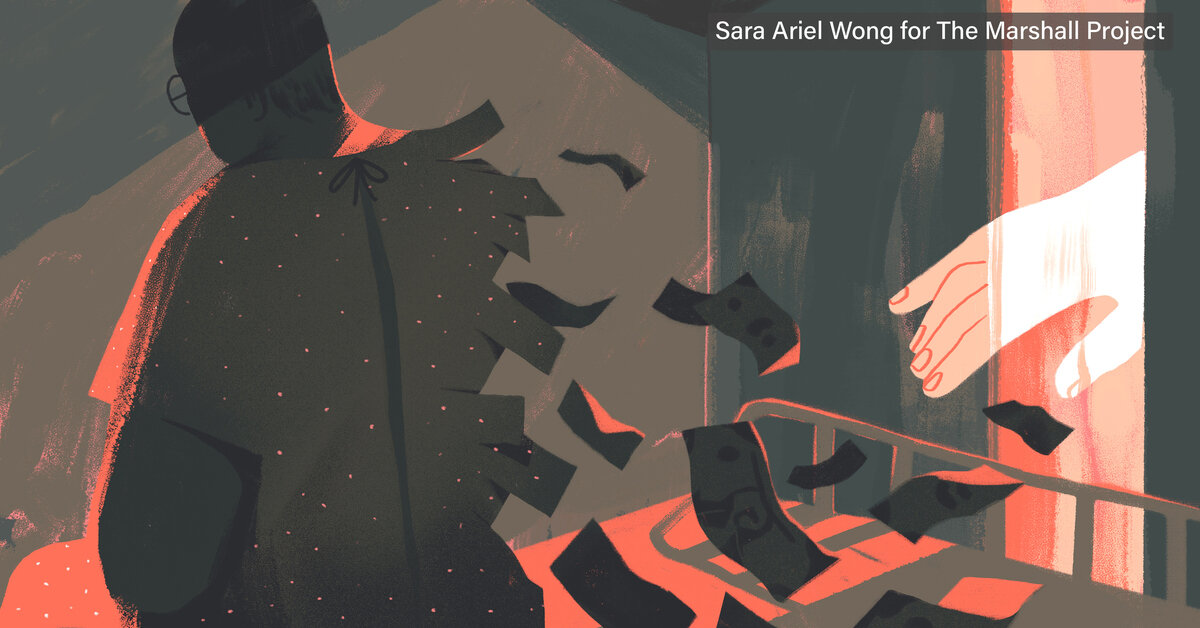 In 2017, Walter Jordan wrote a memo to a federal judge from the Arizona State Prison Complex in Florence. “Notice of Impending Death,” it said in a shaky hand.

Jordan told the judge that Arizona corrections officials and Corizon Health, the state prison system’s private health care contractor at that time, delayed treating his cancer for so long that he would be “lucky to be alive for 30 days.” Jordan, 67, had a common form of skin cancer that is rarely life-threatening if caught early, but said he experienced memory loss and intense pain from botched care. Other men in his unit were also denied treatment, he wrote, “all falling, yelling, screaming of pain.”

Reviewing his medical records later, Dr. Todd Wilcox, a physician hired by lawyers for the state’s prisoners, agreed that Jordan’s death was likely preventable. Corizon’s treatment of Jordan’s “excruciating needless pain,” was “the opposite of how cancer pain should be managed,” he said.

Wilcox will take the stand in a landmark trial that begins Monday in Phoenix, the latest chapter in an almost decade-long struggle to determine whether Arizona’s prisoners are getting the basic health care they are entitled to under the law.

The trial pits Arizona against the people held in its prisons, who argue in a class-action lawsuit that the medical services they receive are so poor, they constitute cruel and unusual punishment. The state’s current health care contractor, Centurion, is the latest in a string of companies that have failed to pass muster with the courts.

None of the companies have been named as defendants in the lawsuit, because, the claimants say, the state is ultimately responsible for their care. The suit was originally filed in 2012, shortly before private contractors took over Arizona’s prison medical services. But whether privatization can provide decent care is one of the biggest issues looming over the trial.

The Arizona Department of Corrections declined to comment on pending litigation. Centurion of Arizona and Corizon, based in Tennessee, did not respond to multiple requests for comment.

Arizona is one of around two dozen states that use a private, for-profit contractor to provide prison medical care, and almost all have been sued. But a trial is rare, as most states settle to avoid this kind of exhaustive public scrutiny.

Health care in Arizona prisons is “grossly inadequate,” the prisoners have said in

The mama pets
We use cookies on our website to give you the most relevant experience by remembering your preferences and repeat visits. By clicking “Accept All”, you consent to the use of ALL the cookies. However, you may visit "Cookie Settings" to provide a controlled consent.
Cookie SettingsAccept All
Manage consent