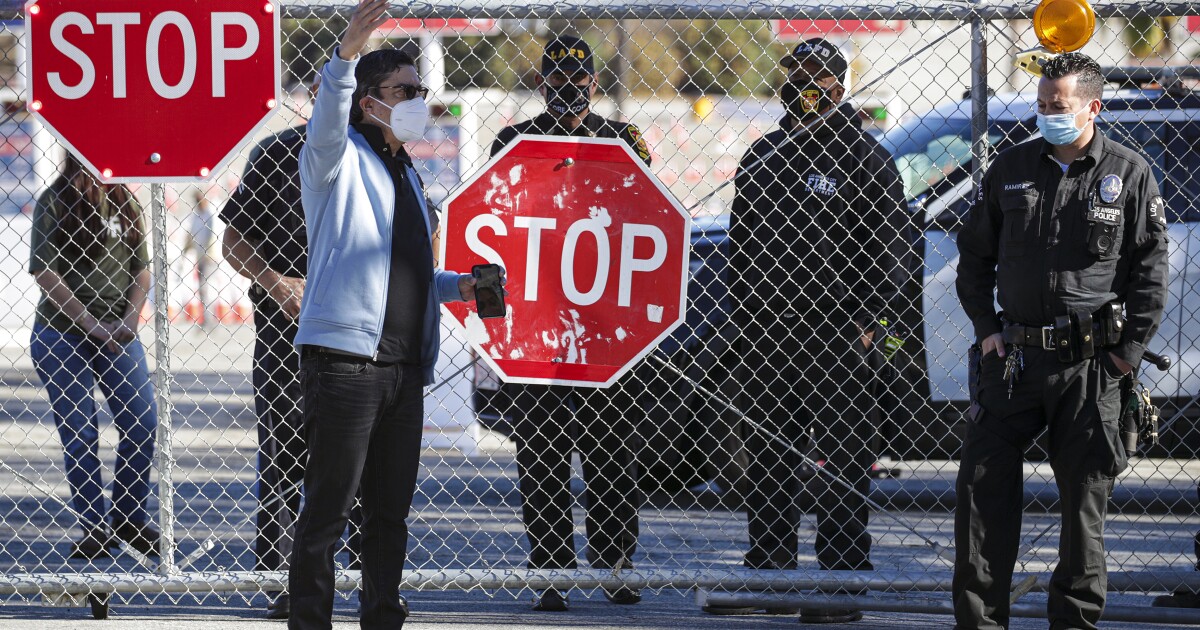 There were days, nights and weekends in the early months of the pandemic when Denise Von Bargen was the only person running coronavirus tests at the public health lab in Ventura County. She once had eight or nine employees to assist her, but, one by one, they had all retired or left for other jobs.

Like other public health laboratories in California charged with broad-scale disease testing and surveillance, the Ventura lab received federal and state money for new equipment and short-term hires to bolster its response to COVID-19. But the funding was temporary, and Von Bargen, the director, could not use it to increase the salaries of her employees, who could earn more money doing less work in the private sector.

Operations deteriorated further last month, after the lab lost its license to run routine tests that check the county’s ocean water for deadly bacteria. It appears to have been a clerical error: The licensing paperwork changed, and the staff typically responsible for submitting the application had quit.

“The biggest threat to [public health labs] right now is not the next emerging pathogen,” said Donna Ferguson, director of the public health lab in Monterey County, “but labs closing due to lack of staffing.”

Across California, public health departments are losing experienced staffers to retirement, exhaustion, partisan politics and higher-paying jobs. Even before the pandemic throttled departments, staffing numbers had shrunk with county budgets. But the decline has accelerated over the past year and a half, even as millions of dollars in federal money has poured in.

Public health nurses, microbiologists, epidemiologists, health officers and other staff members who fend off infectious diseases like tuberculosis and HIV, inspect restaurants and work to keep communities healthy are abandoning the field. It’s a problem that temporary boosts in funding can’t fix.

The brain drain is sapping community health oversight in ways big and small. The people who staff public health labs, for example, run complex tests for deadly diseases that require specialized training most commercial labs lack. While their work is largely unseen by the general public, they touch almost every aspect of society.

Public health labs sample shellfish to make sure it is safe for eating. They monitor drinking water, and develop tests for emerging health threats such as antibiotic-resistant bacteria. They also test for serious diseases, such as measles and COVID-19. And they typically do it at a fraction of

wedding guides news
We use cookies on our website to give you the most relevant experience by remembering your preferences and repeat visits. By clicking “Accept All”, you consent to the use of ALL the cookies. However, you may visit "Cookie Settings" to provide a controlled consent.
Cookie SettingsAccept All
Manage consent