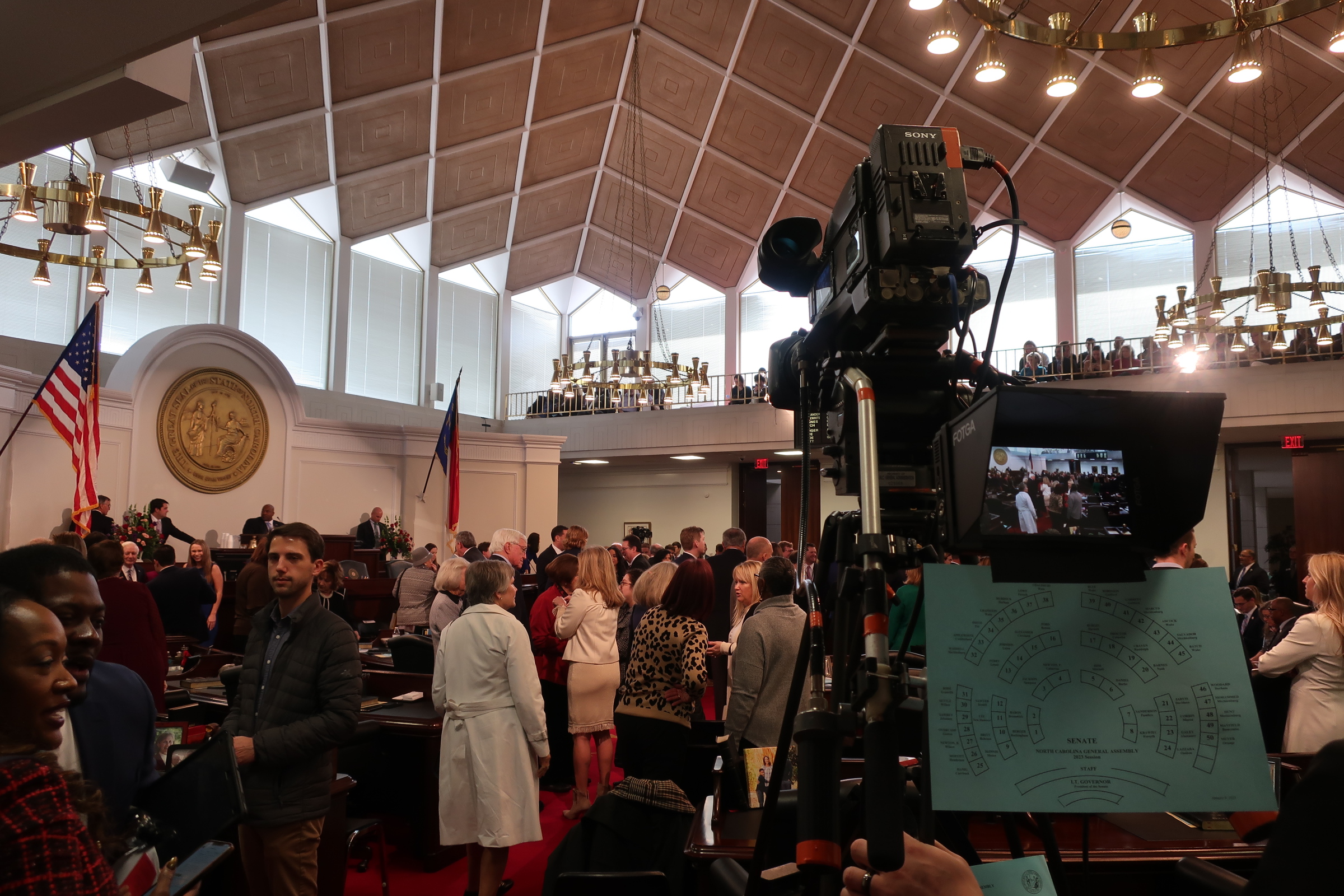 Amid the smiles, photographs, receptions and family members crowding the legislative building in Raleigh on Wednesday, lawmakers involved in the making of health care policy said they were readying their lists of priorities for the legislative biennium that began this week.

The topmost issue on both sides of the aisle? The seemingly perennial issue of the past decade: whether North Carolina would ever join the majority of states and expand the Medicaid program to provide coverage for more than half a  million low income workers.

Senate leader Phil Berger (R-Eden) highlighted Medicaid expansion in an address after being elected as leader for the seventh time since 2011, saying it was one of the issues the legislature “must tackle.”

“I support expanding Medicaid in North Carolina,” he told a capacity crowd in the Senate chamber.

Berger spent a decade opposed to the measure, but he changed his stance in 2022. He shepherded his bill through the Senate last year, only to have it hit a dead end in the House of Representatives.

“We must recognize that it is not a silver bullet,” he continued. “North Carolinians are saddled with some of the highest health care costs in the country. We need to eliminate regulatory red tape and other bureaucratic barriers that impede access to care and unnecessarily increase medical costs.”

In a media gathering after the swearing-in ceremony, Berger reiterated his position.

“In order to get … the broad bipartisan support that we had for the Medicaid expansion bill that we had before, there have got to be some measures that address the supply side,” he told reporters. “If you’re going to give 500,000, 600,000 people an insurance card that says they have a right to have their medical care paid for, then we need to do something to hopefully open up more access to more primary care providers, more facilities where they can be treated.”

Old differences could reemerge, though, as members of the House and Tim Moore (R-Kings Mountain), the re-elected House speaker, talked about a “clean” Medicaid expansion bill that does not include mention of nurses or hospitals.

Rep. Donny Lambeth (R–Winston-Salem) acknowledged that some of Berger’s concerns will need to be addressed

veteran traveling
We use cookies on our website to give you the most relevant experience by remembering your preferences and repeat visits. By clicking “Accept All”, you consent to the use of ALL the cookies. However, you may visit "Cookie Settings" to provide a controlled consent.
Cookie SettingsAccept All
Manage consent